The BOOK OF LIFE

Last week, the world saw the funeral of the Israeli leader Shimon Peres. The event drew the world’s most illustrious leaders like Bill Clinton, Obama, Tony Blair, Holland, etc… Listening to their meticulously crafted eulogies extolling Shimon’s exploits, plus the elaborate funeral, the throng of mourners, and the mountain of flowers, one can get the impression that he will ascend straight to heaven right away. But no. Right now, Shimon is gnashing his teeth in hell, for the hundreds that he has killed. 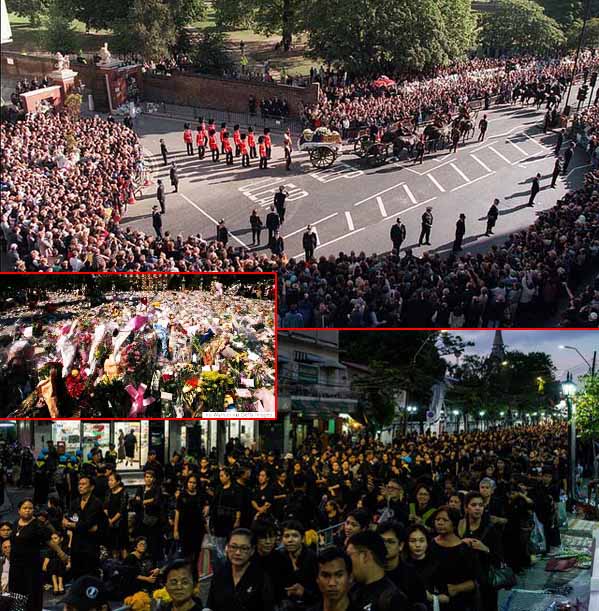 Shimon has a Guardian Angel who watched him ceaselessly 24/7 throughout his entire life, taking note of all his actions: every thought he entertained, every word he uttered, every anger and compassion he had, even those things he had opportunity to do but didn’t do. All of these the Guardian Angel recorded in the Book Of Life. Like Shimon, each of us seven billion people living today, has a “201 file” in there, always being updated by the guardian angel every moment. Thru this book, everything will be accounted for, whether one is great or small, king or slave.

After one’s death, his salvation is almost unaffected by anything on earth, even by the blessings of the Highest Priests. Eulogies failed to save even one of the American Presidents. From George Washington to Ronald Reagan, [ and now George Bush – the satanic advocate of the New World Order ] all of them are now gnashing their teeth in hell. They all died with bloodied hands, still so proud and unrepentant up to their last breath.

Those who see you stare at you,
they ponder your fate:
“Is this the man who shook the earth
and made kingdoms tremble;
the man who made the world a wilderness,
who overthrew its cities,
and would not let his captives go home?”

All the kings of the nations lie in state,
each in his own tomb.
Isaiah 14:16

Even this President Ferdinand Marcos’ burial brouhaha, whatever happens won’t affect anything anymore. Marcos himself is now oblivious to all of these. He has forgotten everything, that he doesn’t even remember he has children named Bongbong and Imee. Right now, he is ceaselessly begging Abraham to “have pity on me and send Lazarus to dip his finger in water and cool my tongue, because I am in agony in this fire.” — Luke 16:24.

2017, Mar 16 [itccs.org] – Pope Francis Exonerates Thousands of Priests Convicted of Child Rape – by Kevin — ” on May 13 Pope Francis, with a simple sleigh of his magic wand, ‘absolved’ over two thousand predator-priests who have raped and/or killed children, including a serial criminal with HIV; . . . its the Vatican’s definition of child rape not as a crime but a mere “sin” that constitutes a hate crime and an incitement to violence against children.”

The task of forgiving sins is exclusive to the FATHER [ and Jesus ]. On many occassions, this great pretender and impostor Pope Francis has assumed that task, essentially he wants the Father to be unemployed. The Father is the only one to choose who will be with Him in heaven. HE has not delegated it to any flesh and blood, not even to Abraham, Moses, the Prophets, and the Apostles. Though these men of GOD performed miracles and prophesies, they were not given the authority to forgive sins. It is unthinkable that Pope Francis who has yet to do even a single miracle, or any Catholic priest, can be “higher” than the Prophets.

FYI:- When Moses brother Aaron and the many Israelites did the golden calf, Moses did not forgive them but only interceded before GOD for their sins. – Exodus 32:30.
. . . When King David sinned, Prophet Nathan — 2 Samuel 12.13 – , and Prophet Gad – 2 Samuel 24.11 – did not forgive him but just conveyed the LORD’’s punishment for him.