.. . from under the altar were the souls of the martyrs calling out loud: “How long, Sovereign Lord, holy and true, until you judge the inhabitants of the earth and avenge our blood?”
.. . Then each of them was given a white robe, and they were told to wait a little longer, until the full number of their fellow servants, their brothers and sisters, were killed just as they had been. – Revelation 6:10.

The SEALS have been broken.. . the FOUR HORSEMEN are now in our midst…

The THIRD SECRET of FATIMA has come, . . . but people don’t see, and they don’t hear.

After three billion USELESS EATERS of the world have transformed into ‘MAGNETRONS’, the people are waking up, the Covid narrative is falling apart, it’s on its death bed, the fully vaxxed are rejecting the booster shot, the unvaxxed worldwide are revolting, the draconian health mandates are falling down, you hear less and less of the Luciferian Globalists’ mantra ‘it’s SAFE and EFFECTIVE’ – the millions of dead and injured have revealed this is a monstrous lie. . . . BUT WAIT!. THERE IS MORE!!!. coming out of their tyranny pipeline is another newly-concocted disease, something like EBOLA. But unlike Covid-19 which is a dud and no worse than the common cold, this is a real killer. Watch out it’s coming in the airport near you. Then, it will be the same Covid playbook again.

“For our struggle is not against flesh and blood, but against the rulers, the authorities, the powers of this dark world and against the spiritual forces of evil in high places. Therefore put on the full armor of God, so that when the day of evil comes, you may be able to stand your ground;. stand firm then, with the belt of TRUTH and the breastplate of righteousness, take the helmet of salvation and the sword of the Spirit, which is the word of God.” – Ephesians 6:12.

The New World Order catapulted with this brilliant agenda of pandemics and vaccines, to incubate the regime of tyranny and injustice to rule the world under the pretext of public health – quarantines (lockdowns) and confinements due to pandemics are going to be longer, and humanity will never reach normalcy. The conspiracies and deceptions around the pandemics, their ultimate goal is to destroy the world economy (to also involve World War 3), to impoverish humanity, to crash their hopes, to give them no other option but to accept the microchip. . . . WELCOME, the MARK OF THE BEAST.. And corollary to that, what follows naturally is the destruction of the FAITH, in particular the Crhistian Faith, the closing of Churches, and goodbye HOLY MASS. When the pasture is gone, the flock is scattered and astray, and easily devoured by the wolves.

And even as the Covid vaccine was just about to take off, these minions of Satan, this cabal of Luciferian Globalists were already floating their next slogan: [ this commentary from skynews.au, 2020-Dec-12 ]

“you will own nothing, but you will be happy.”

MGA KAPATID,
RETURN TO JESUS, REPENT FOR YOUR SINS, THE DOOR OF MERCY IS ABOUT TO CLOSE. 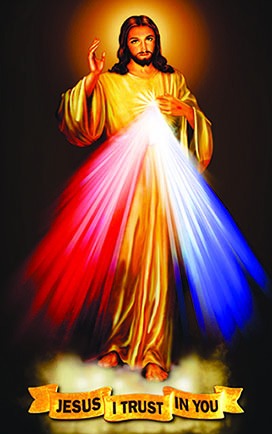 The THIRD SECRET Of FATIMA

It covers three main topics, both written and unwritten:

• the Great APOSTASY in the Church

• the Great War and the New World Order

• the THREE DAYS Of DARKNESS

Father Malachi Martin, SJ (1921-99), one of the few who have seen and read the original Third Secret was interviewed in two separate occassions by writer Bernard Jansen and radio host Art Bell in 1996. Here are some excerpts of the interviews:

“Now as regards the mystery of Fatima it still stands…. So Russia is within the plans. Why? Err….that would take me too far afield into papal secrets. Why Russia and Kiev are involved in the final solution of this problem. But they are. They are part-and-parcel and it’s really God’s choice…..”I wouldn’t have chosen the Russians or Kiev. Or the east for salvation but salvation is to come from the east for us all”